SUSANNAH GRANT received Academy Award®, Writers Guild and BAFTA nominations for best original screenplay for Erin Brockovich. She also wrote or co-wrote the screenplays for Pocahontas (1995),  Ever After, (1998), 28 Days (2000), In Her Shoes, (2005), Charlotte's Web (2006) based on the book by E.B. White, and The Soloist (2009). In 2007, Grant wrote and directed Catch and Release. From 1995-1998, Grant was a writer-producer-director on the popular television series Party of Five, which received a Golden Globe Award for Best TV Drama. She created and is an executive producer on A Gifted Man, currently running on CBS. Her upcoming projects include a feature for Disney and a feature-film musical using the music of the Beach Boys for Fox.

Grant is a graduate of Amherst College, with a degree in English, and the American Film Institute's Center for Advanced Film and Television Studies screenwriting program. In 1992, she was a recipient of the Nicholl Fellowship in screenwriting given by the Academy of Motion Picture Arts and Sciences. 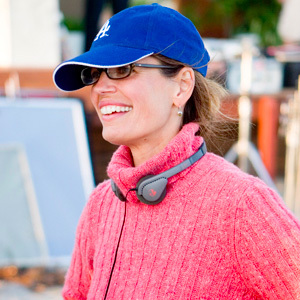