Payne has premiered films in the most prestigious festivals around the world, including Sundance, Cannes, Toronto, Tribeca and South by Southwest. As a producer on BERNIE, he was nominated for best feature film by the Independent Spirit Awards.

In April 2015, Payne was hired as a production consultant for distributor Open Road Films (SPOTLIGHT, DOPE, THE GREY, END OF WATCH, CHEF) and is overseeing production on their newly formed financing slate. He’s an executive producer on the company’s action/thriller SLEEPLESS NIGHT starring Jamie Foxx & Michelle Monaghan, which recently shot in Atlanta and Las Vegas and has a summer 2016 wide release. Previous to Open Road, Payne spent seven years as Head of Production for Wind Dancer Films, creators of ROSEANNE and HOME IMPROVEMENT in addition to films like: WHAT WOMEN WANT and WHERE THE HEART IS. Payne recently produced THE KEEPING ROOM (Sam Worthington, Hailee Steinfeld, Brit Marling), which premiered at the 2014 Toronto International Film Festival and was released by Drafthouse Films fall 2015. He also executive produced ten episodes of the George Lopez television series ST. GEORGE on FX (2014). Over the last few years he has sold television projects to SHOWTIME, ABC, TNT, and NBC.

Before joining Wind Dancer, Payne was co-president of Persistent Entertainment with partner Matthew Rhodes. There, they made a dozen films together. Prior to Persistent, Payne spent six years at The Steve Tisch Company as vice president working on such films as: THE POSTMAN, AMERICAN HISTORY X and British hits SNATCH and LOCK, STOCK & TWO SMOKING BARRELS.
He started his entertainment career as an agent trainee at the William Morris Agency, working for clients such as Sean Penn and Kevin Spacey. Payne received a double major in marketing and international business from the University of Colorado's business school in Boulder, Colorado, and he grew up in the arguably infamous Paris, Texas.

Payne’s philanthropic work includes raising money and volunteering for TEAM HOLE IN THE WALL and THE PAINTED TURTLE, helping send seriously ill children to summer camps around the country. He has been a guest lecturer on the business of film at UCLA, Arizona State University, and the University of Colorado, and is an active member of the Producers Guild of America. 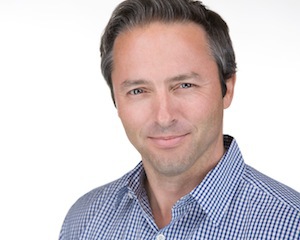