Academy Award-winning® producer Edward Saxon has been producing feature films for 25 years. As principal of his production company, he has developed and produced pictures with Fox, Universal, Warner Brothers, Columbia, Paramount, and Disney as well as working with numerous independent financiers, including a multi year pact with Participant Productions. Combined, Saxon’s films have grossed over $700m at the box office worldwide and garnered twelve Academy Awards®. He won his Oscar for The Silence of the Lambs which swept Best Actor, Best Actress, Best Adapted Screenplay, Best Director, and Best Picture at the Academy Awards®, one of only three films in history to do so. He also produced
Philadelphia, which won two Academy Awards®, including Best Actor (Tom Hanks); Adaptation, which was nominated for 4 Academy Awards®; and the Academy Award-nominated® documentary Mandela.

Currently Saxon is producing Elsa & Fred starring Shirley MacLaine, Christopher Plummer and directed by Academy Award-nominee®  Michael Radford. In 2011, Mr. Saxon was a producer on Enlightened, the acclaimed HBO comedy series, which earned a Golden Globe for Laura Dern. He produced Our Family Wedding at Fox Searchlight in 2010, and Away We Go at Focus Features in 2009. Select past credits include: That Thing You Do, Ulee's Gold, Devil in a Blue Dress, Beloved, Fast Food Nation, Married to the Mob, Something Wild, and Miami Blues. Saxon has numerous projects in development with major talent. Saxon is the first producer to work with Amazon Studios, a division of Amazon.com, as the company launches their feature film division. Saxon was a founding Advisory Board member of the Independent Film Channel. He is a mentor for the Sundance Institute, Producer's Guild, the Peter Stark Motion Picture Producing Program at USC, and McGill University.

In addition to producing, Saxon has lectured at many of the nation’s top film schools, including NYU, USC, and UCLA.

Throughout his career, Saxon has worked with many of the industry’s most legendary stars, directors and screenwriters. 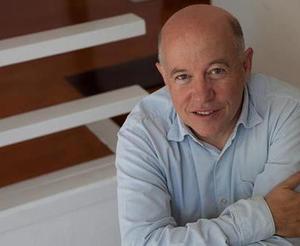