Eric received his BA from the University of Pennsylvania and MFA from the Univ. of Southern California, where he won a Sloan Scholarship for his script Just Enough.  His screenplay was also one of four accepted into the Hamptons Film Festival Writer’s Lab, under the mentorship of James V. Hart and Susan Rice.

Eric was one of nine finalists (out of 2400 entries) for the first (and last) Howard Stern Film Festival.   His short film Tito Stern appeared for months on On Demand Cable.

Eric has collaborated on screenplays with Robert Gardner (Writer, The Wedding Palace) and is developing a pilot with Hayden Black (Goodnight Burbank, Gen Zed).  As part of a team with Chad Rocco, Eric adapted the NY Times bestselling young-adult series Vampire Kisses and developed a feature film based on Knott’s Berry Farm’s Halloween Haunt.   Eric and Chad are now writing a humor book based on the lows and lowers of aging ungracefully.

At New York Film Academy in LA, Eric has served as the Dean of Students and Chair of the Screenwriting Department.  He has over twelve years of teaching experience, including feature screenwriting, story generation, genre, TV Spec and TV Pilot writing.   He is currently hosting, producing and writing the podcast “The Backlot” for NYFA and was previously commissioned to write the original one-act play / short film The Also-Rans.

But perhaps most importantly, Eric Conner remains one of this country’s few native Delawareans.  Eric lives in Burbank with his wife Lauren, their sons Alexander & Judah and Sharkie, a dog of unspecified origin and backstory. 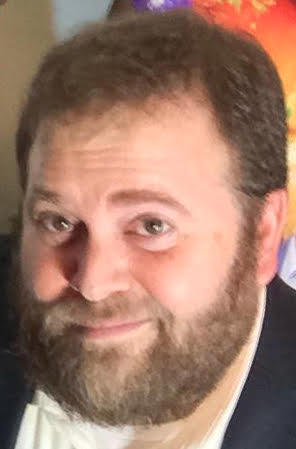