A daughter of the American South, Crickett Rumley was born in eastern North Carolina and has been traveling ever since! As a Coast Guard brat, she grew up on bodies of water in Alabama, Washington state, and Puerto Rico. She graduated from Rhodes College in Memphis, TN, with a degree in Latin American Studies, learned Spanish in Bogotá, Colombia, and completed her Master of Fine Arts in Film at Columbia University in New York.

After working for writer-director John Sayles and actress Julia Roberts, Crickett started teaching screenwriting at the New York Film Academy in New York. She also worked for the Telluride Film Festival, lectured at the Greenwich Classic Film Series, served on the Nantucket Film Festival Programming Committee, and was the Director of Development for Scriptstar Pictures in Warrenton, VA.

As a screenwriter, Crickett adapted Susan Taylor Chehak’s Smithereens for Killer Films and Julia Alvarez’s “The Suitor” for Gigantic Pictures and PBS, developed projects with Pink Slip Pictures, and pitched ideas all over Hollywood.

Crickett specializes in teen comedy and is a big believer in Oscar Wilde’s statement, “If you want to tell people the truth, make them laugh, otherwise they’ll kill you.” All of her stories revolve around travel: either literal travel that pushes characters into challenging new situations, or metaphoric travel that leads them to expand their emotional and psychological horizons. She journeyed back to her own high school years in Mobile, Alabama, to write Never Sit Down in a Hoopskirt and Other Things I Learned in Southern Belle Hell, a project that was supported by the Elizabeth George Foundation and the Cottages at Hedgebrook.

Based in Los Angeles, Crickett divides her time between writing, teaching screenwriting at the New York Film Academy at Universal Studios, and plotting ways to get back home to North Carolina for barbeque and Aunt Vail’s rum cake. 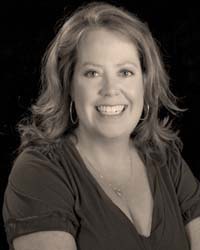