Acclaimed as "the guru of all screenwriters" (CNN), Syd Field is regarded by many Hollywood professionals to be the leading authority in the art and craft of screenwriting in the world today. The Hollywood Reporter calls him "the most sought-after screenwriting teacher in the world."

His internationally acclaimed best-selling books Screenplay, The Screenwriter's Workbook, and The Screenwriter's Problem Solver have established themselves as the "bibles" of the film industry. They are used in more than 395 colleges and universities and have been translated into 19 languages.

Field chaired the Academic Liaison Committee at The Writer's Guild of America, West, is currently on faculty at the USC Master's of Professional Writing Program, has taught at Harvard, Stanford, UC Berkeley, UCLA, the AFI and many other noted institutions. He has been a special script consultant to 20th Century Fox, the Disney Studios, Universal and Tristar Pictures.

He is a creative screenwriting consultant to the governments of Austria, Argentina, Brazil, Germany, Mexico, Norway, and has collaborated with such noted filmmakers as Alphonso Cuaron (Y Tu Mama Tambien), James L. Brooks (Broadcast News, As Good As It Gets), Luis Mandoki (When A Man Loves A Woman), Roland Joffe (The Killing Fields, The Mission), and Tony Kaye (American History X).

By special invitation of the Ministries of Culture, Field has taught screenwriting workshops in Buenos Aires, Brussels, Berlin, Frankfurt, London, Mexico City, Munich, Oslo, Paris, Rio de Janeiro, Rome, Vienna, Zurich, and Johannesburg, South Africa. He has conducted workshops for the Canadian Film Industry in Toronto, Montreal, Vancouver and Edmonton, was the keynote speaker at the International Film Festivals in Berlin, Rio de Janeiro and Oslo, Norway, and the President of the International Film Jury at the 1998 Flanders International Film Festival, Ghent, Belgium.

Field is also a special consultant to the Film Preservation Project for the famed Getty Center and was the first inductee into the prestigious Screenwriting Hall of Fame of the American Screenwriting Association. 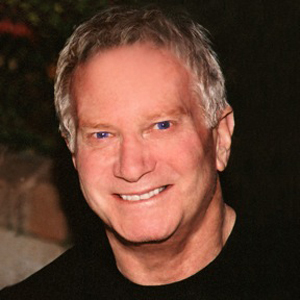 The Matrix - An Appreciation

I loved The Matrix -- loved the action, loved the situation and characters, but most of all, I loved the idea behind the film. It was Samuel Taylor Coleridge, the 19th century poet and literary critic, who coined the concept known as 'the willing suspension of disbelief.' What he says is basically this: when we, the viewer, reader or audience, approach a work of art, we must leave our o... (read more)

On What's a Screenplay

What is a Screenplay?

Most people ask me the same thing about the craft of screenwriting: What's the most common problem I find with people writing scripts? I tell them that most of the problems I encounter deal with 'telling their story in dialogue,' not pictures. A screenplay is a story told with pictures, in dialogue and description, and placed within the context of dramatic struct... (read more)

My journey in film really began in the spring of 1960 at the University of California at Berkeley. It was my second semester there, and, at the time, I was acting in the production of Woyzeck. I was fortuna... (read more)

Screenwriting is a craft that occasionally rises to the level of an art. An art because there are times when it taps directly into the human heart, transcending time, place, language and culture. A craft because it depends upon form, concept, character and structure. 'Magnolia' pushes the form of the screenplay to another level.

Why and how were the questions I wanted to ask. How d... (read more)

Approaching Character: The Circle of Being

Henry James, the great American novelist, in an essay entitled The Art of Fiction, asks a rhetorical question about the nature of character: "What is character," he writes, "but the determination of incident. And what is incident but the illumination of character." The key word of course, is "incident;" what the dictionary defines as "A specific occurrence or eve... (read more)

The Use of Flashbacks in Movies

At this moment in time, I think we're in the middle of a screenwriting revolution, a time where screenwriters are pushing the form and craft in new directions. I firmly believe that the traditional way of "seeing things" has changed, and we're looking for new ways to match our experiences and incorporate the new technology into our stories.

In terms of the contemporary screenplay, it s... (read more)

How much thought do you think writers should invest in terms of tracking the broad strokes of the protagonist’s emotional journey when structuring the story?

I think all screenwriters should know the emotional journey from beginning to end. If you have the character’s arc clearly in mind, you can then begin to build your story and character utilizing the emotional jou... (read more)