Susan teaches screenwriting at Purchase College SUNY and presents international seminars, including a summer session at the Prague Film School in the Czech Republic. She is the recipient of many grants and fellowships, among them the MacDowell Colony, Edward Albee Foundation, Jerome Foundation, and New York Foundation for the Arts. Her award-winning short films are in the archives and permanent collection of the Museum of Modern Art, and were included in the Whitney Museum Biennial. Kouguell worked as associate producer on two features, wrote voice-over narrations for Miramax Films, completed a dozen rewrite assignments for production companies, and worked in the story and acquisitions departments at Paramount Pictures, Warner Bros., and more.

As chairperson of her motion picture consulting company, Su-City Pictures East, LLC, Kouguell works with more than 1,000 clients worldwide. Author of Savvy Characters Sell Screenplays and The Savvy Screenwriter: How to Sell Your Screenplay (and Yourself) Without Selling Out! (St. Martin’s Griffin), Susan is a contributor for Script Magazine. Visit www.su-city-pictures.com to learn more about Susan and to read her articles. 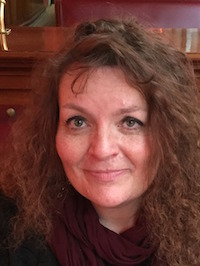 How to Write a Query Letter the Right Way