RANDALL WALLACE is the Oscar®-nominated creative force behind the epic storytelling of such critical and box-office hits as BRAVEHEART, WE WERE SOLDIERS, PEARL HARBOR, and most recently Disney’s SECRETARIAT.

Wallace’s career has been unconventional in Hollywood, to say the least. Born in Jackson, Tennessee, he went on to attend Duke University, where he studied Russian, religion, and literature, which he says made him acutely aware of how the past can be shockingly relevant to the present and would later influence the vibrant, dynamic way in which he would bring to life epic stories from history. He then put himself through a graduate year of seminary in a typically unusual way, by teaching martial arts (he is a black belt in Karate.)

After managing an animal show at Nashville’s Opryland, signing a contract as a songwriter and writing articles for Architectural Digest, Wallace was taken under the wing of leading television producer Stephen J. Cannell and spent several years writing for television in the late 80s and early 90s.

He struck out into features with BRAVEHEART, which was inspired by a trip to Scotland to better get to know his roots as a Scottish American. It was there he learned about the true legend of medieval Scottish patriot William Wallace — and instantly saw the sweeping cinematic potential in his story of betrayal and sacrifice. BRAVEHEART became Wallace’s first produced screenplay when it drew the interest of director and star Mel Gibson, and ended up as the film success story of 1995, sweeping the Academy Awards® for Best Picture and Best Director and garnering Oscar® and Golden Globe nominations as well as the Writers Guild Award for Best Screenplay for Wallace.

The success of BRAVEHEART sparked Wallace’s desire to direct. Making his directorial debut with his own screenplay for THE MAN IN THE IRON MASK, he drew an extraordinary cast including Leonardo DiCaprio, John Malkovich, Gabriel Byrne, Jeremy Irons and Gerard Depardieu. Shortly after, he wrote the screenplay for the Jerry Bruckheimer blockbuster, PEARL HARBOR, directed by Michael Bay and starring Ben Affleck, Josh Hartnett and Kate Beckinsale. This was followed by Wallace’s second film as director, WE WERE SOLDIERS, for which he re-teamed with Mel Gibson to star in a film that would be widely acclaimed for its humanity and authenticity. Wallace was so committed to understanding the motivation of his characters that he even trained with career soldiers at the notoriously grueling U.S. Army Ranger School.

In addition to his work as a filmmaker, Wallace is the founder of Hollywood for Habitat for Humanity and the father of two sons. In 1999, he formed his own company, Wallace Entertainment, which is focused on creating entertainment for worldwide audiences based on the classic values of love, courage and honor. 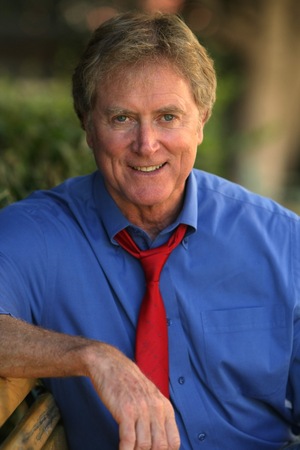