Peter Russell is a screenwriter who has sold two television pilots in 2017 - a crime procedural and a biographical mini-series. He is also a long-time story doctor in Hollywood whose clients include Imagine, HBO, Participant, Viacom, CBS Television and many more. Peter is in high demand for his legendary seminars and master classes on film and TV story. Here is an example of his speaking.

He ghostwrites for both new and established film and television writers and producers.

Peter privately consults with Producers and Writers on film and TV Story from treatments to pilots and full story development.

He teaches his own classes online at: http://peterrussellscriptdoctor.com/ and live AND online at major universities, including UCLA.

In 2017, Peter has put his (non-UCLA) teaching career on hold in order to concentrate on his credited writing career. Peter Russell's current writing projects include:

Peter's past story consults have included CHRONICLES OF NARNIA (Walden Films) THE DAVINCI CODE Imagine Films), THE WATERHORSE (Walden Films) and many more for major film and TV studios.

Peter is currently involved as an uncredited writer on several international projects from Africa to Europe to Germany. Peter also 'ghosts' for many network, cable, and IP network shows.

"I was new to writing when Peter taught me story. His knowledge of the sci-fi and mystery thriller genre was critical in shaping my TV series, MR ROBOT. He really inspires. I rate him as the next Robert McKee." Kor Adana, MR. ROBOT

"Peter is brilliant at co-creating. He is clear and clever. He doesn't just teach, he helps a writer create a great story. He inspires. He's an unbelievably exciting writing coach and teacher - the best I've ever had. He goes deep into what makes great story. He intimately understands every genre. " Hal Ozsan - SONS OF ANARCHY, LUCIFER, THE BLACK LIST, TRUE BLOOD

Peter is also a famously charismatic, entertaining and inspiring speaker on story for a conferences and expos. 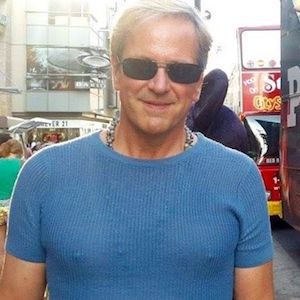