Mylo Carbia is a Hollywood screenwriter turned #1 bestselling author widely known for her work in the horror-thriller genre and trademark of surprise twist endings. Ranked 7th in "The Top 10 Horror Writers Alive Today" and among "The Top 250 Most Influential Authors" by Richtopia.com, her award-winning writing style has been described as "a perfect mix between Stephen King, M. Night Shyamalan and Quentin Tarantino, but infused with a signature female sharpness that is all her own."

Born in Jackson, New Jersey, Carbia famously spent her childhood years writing to escape the terrors of growing up in a severely haunted house. By the age of 17, Carbia was already well established as a prolific young playwright. By the age of 30, her very first screenplay was optioned only 28 days after completion, earning Carbia a three-picture-deal and the cover of Hollywood Scriptwriter in 2003.

After that time, Carbia moved to Manhattan and quietly penned numerous television and film projects under her production company, Zohar Films. While she was there, she earned the nickname "The Queen of Horror" and the reputation of being Hollywood's top film ghostwriter in the horror genre.

In 2015, Carbia announced plans to release a series of novels (and matching screenplays) all featuring strong female protagonists. Her debut novel, THE RAPING OF AVA DESANTIS, hit #1 bestseller in four categories just two days after its official release, and won five 'Best Novel of the Year' awards including the prestigious 2016 Silver Falchion Award for Outstanding Achievement in Fiction.

Her highly anticipated follow-up novel and movie, VIOLETS ARE RED—A horror-thriller about an aging Manhattan housewife who captures her husband's young mistress and quietly keeps her prisoner in the basement—is anxiously awaited by her 100,000 fans on social media and targeted for global release in late 2018. 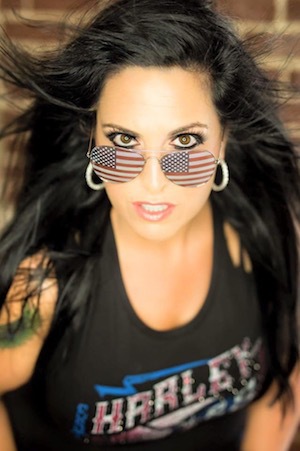