Monika Skerbelis is a former studio executive and co-author of the critically acclaimed books, “I Liked It, Didn’t Love It: Screenplay Development from the Inside Out” and "The Complete Filmmaker's Guide to Film Festivals: Your All Access Pass to Launching Your Film on the Festival Circuit". She is the programming director for The American Pavilion's Emerging Filmmaker Showcase at the Cannes Film Festival and former artistic and programming director for the Big Bear Lake International Film Festival. She also was an associate producer on “Killer Hair” and “Hostile Makeover” for Lifetime.

Ms. Skerbelis is a former Vice President of Creative and Executive Story Editor for Universal Pictures story department where she spent ten years overseeing the story department and developing a number of screenplays including "Black Dog" starring Patrick Swayze. In addition to her duties at Universal, she scoured film festivals and screenwriting competitions in search of new filmmakers. Prior to Universal, she was Story Editor for 20th Century Fox. She began her career as an assistant in the Story Department for Paramount Pictures. She co-produced the feature-length mockumentary, "Quest for the Yeti," directed by Victoria Arch. Ms. Skerbelis directed the short film, "Reel Footage: The Secret Lives of Shoes" that screened at the 2008 Short Film Corner at the Cannes Film Festival. She was associate producer on two movies "Killer Hair" and "Hostile Makeover" based on the “Crimes of Fashion” novels by Ellen Byerrum for the Lifetime Movie Network. She is a member of the Producers Guild of America. With Rona Edwards, she teaches, "Introduction to Feature Film Development," at UCLA Extension on the campus and online, and “Story Development Process in the Entertainment Industry” online for Riverside Community College. She also taught “Basic Screenwriting Fundamentals” on campus at Chapman University Dodge College of Film & Media Arts. She serves on the jury for numerous screenwriting competitions and has guest lectured at film schools, film commissions, film festivals and film organizations across the country. 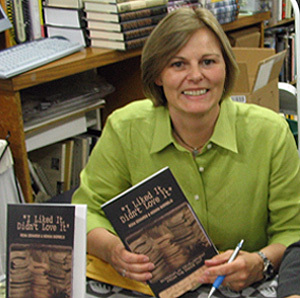