Melanie Anne Phillips is the creator of writing software such as StoryWeaver, Idea Spinner and Master Storyteller. She is also the co-creator of the Dramatica theory of Narrative Structure. Over the last twenty-five years, tens of thousands of writers from around the world have studied and employed Melanie’s methods for story structure and storytelling including many award winning novelists, screenwriters, producers and directors. 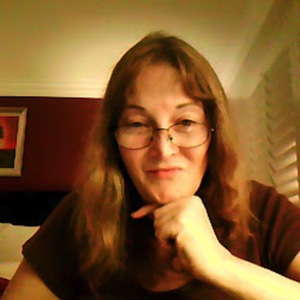 Be a Story Weaver - NOT a Story Mechanic

Too many writers fall into the trap of making Structure their Story God. There's no denying that structure is important, but paying too much attention to structure can destroy your story.

We have all seen movies and read novels that feel like "paint by numbers" creations. Sure, they hit all the marks and cover all the expected relationships, but they seem stilted, uni... (read more)

Hero is a Four-Letter Word: Unmasking the Hero

Introduction
Perhaps the best-known character type is the Hero. But if you ask a thousand different writers to define a Hero, you'll get a thousand different answers. That's because the term has been used so indiscriminately it has become a catch-all to describe the central character around which a story re... (read more)

Hero is a Four-Letter Word: The Villain

Reader response has been overwhelming on this article series - impatiently awaiting our second installment. We're glad to present today:

Hero is a Four-Letter Word

Part Three: Hero and Villian Mix It Up

We've seen how both Hero and Villain are actually composed of several different qualities. And, we've seen that for every quality the Hero possesses, the Villain has a counterpart. When these qualities are combined in this classic manner, Hero and Villain become stereotypes. When these traits are expressed to the extreme, they ... (read more)

We all know that a story needs a sound structure. But no one reads a book or goes to a movie to enjoy a good structure. And no author writes because he or she is driven to create a great structure. Rather, audiences and authors come to opposite sides of a story because of their passions - the author driven to express his or hers, and the audience hoping to igni... (read more)

A common misconception sees genre as a fixed list of dramatic requirements or a rigid structural template from which there can be no deviation. Writers laboring under these restrictions often find themselves boxed-in creatively. They become snared in the Genre Trap, cranking out stories that are indistinguishable from a whole crop of their contemporaries

Coming Apart at the Themes

Even when a story has memorable characters, a riveting plot and a fully developed genre, it may still be coming apart at the themes.

Theme is perhaps the most powerful, yet least understood element of story structure. It is powerful because theme is an emotional argument: It speaks directly to the heart of the reader or audience. It is least understood because of its intangible n... (read more)