Martha Alderson, aka the Plot Whisperer, is the author of the Plot Whisperer series of plot books for writers: The Plot Whisperer Book of Prompts: Easy Exercises to Get You Writing, The Plot Whisperer Workbook: Step-by-Step Exercises to Help You Create Compelling Stories – a companion workbook to The Plot Whisperer: Secrets of Story Structure Any Writer Can Master. She has also written Blockbuster Plots Pure & Simple (Illusion Press) and several ebooks on plot. As an international plot consultant for writers, Martha’s clients include best-selling authors, New York editors, and Hollywood movie directors. She teaches plot workshops to novelists, memoirists, and screenwriters privately, at plot retreats, RWA, SCBWI, CWC chapter meetings, at writers' conferences and Writers Store where she takes writers beyond the words and into the very heart of a story.

As the founder of December, International Plot Writing Month: http://plotwrimo.com, Martha manages the award-winning blog for writers: http://plotwhisperer.com, awarded by Writers Digest 2009, 2010, 2011, 2012, 2013. Her vlog, How Do I Plot a Novel, Memoir, Screenplay covers 27 steps to plotting your story from beginning to end: 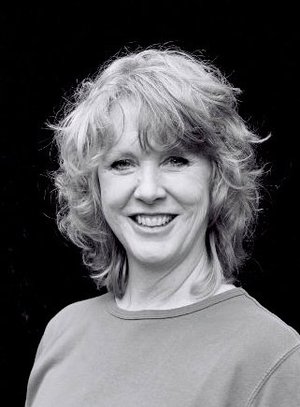 If you make explicit what you already know intuitively about the structure of movies and stories, you'll have yourself a conscious plotting tool. The rhythm of story is in all of us right now, especially for those who were read to as youngsters and continue to read today.

Storytellers often intuitively tap into this rhythm and are able to weave all three plot lines without much cons... (read more)

The Middle: Meddlesome or Mythical?

The toughest part of any writing project is crafting the middle. Why so daunting? The Middle of most projects makes up a whopping 1/2 of the entire page count or scene count. The moment the main character leaves the Beginning and enters the heart of the story world, a door slams shut. Nothing will ever be the same again. Any lingering thought the protagonist has of turning back v... (read more)

Every story spans a period of time. Story can be defined as conflict shown in scene, meaning that most writers will treat time in scene rather than in summary.

An example of a partial scene from Rick Bragg's memoir: Ava's Man:

"Charlie felt the hot rush of shot fly past his face, and his legs shook under him with the boom of the gun. But it was... (read more)

Cutting Scenes from a Screenplay

Reader Alexa Adams from Milford, CT asks My scene count is making my screenplay too long, but I can't see cutting any of the scenes I've written. What should I do?

The job of a good writer is to know which scenes to cut and which ones to keep. You, as a writer, needed to write each and every one of tho... (read more)

Most writers have a preference for one style of writing over another. Some writers are more adept at developing complex, interesting, and quirky characters. Others excel at page-turning action. The lucky ones are writers who are goo... (read more)

In every story plot and movie plot, the protagonist (and for that matter, all of the major characters) has at least one long-term goal in the story, and one small goal or more in every scene. Goals give definition to the overall story that unfolds moment-by-moment in scene.

Every story begins with a protagonist who wants something. Creating this... (read more)

"Although he slams into stationary objects with his cu... (read more)

When a Scene Just Won't Do

Most of a writer's genius comes in the art of the finesse. How finely you craft your project before you let it go is up to each individual writer.

As a plot consultant, I developed the Scene Tracker Kit to help writers finesse their scenes. A story comes alive at the scene level for the audienc... (read more)

In real life, some people skate from one success to the next. Others hit a flat-line long before they ever actually die. Unlike people, all story characters suffer both ups and downs throughout the entire story.

These reversals play out in three major plot threads: Dramatic Action, Character Emotional Development, and the Thematic Significance. In other words, a story presents... (read more)

Scenes to Cut, Those to Save

Most writers end up writing at least twice as many scenes as needed to produce a compelling story. One skill that defines a good writer is the ability to know which scenes to keep and which ones to kill off. As a plot consultant, I developed two visual plot tools to help writers select those scenes that best advance the story and then make those chosen few truly great.

Connecting with Audiences Through Character Emotions

The End is the Beginning

An agent flings a promising work against the wall. When asked why, she rages about all the times she has read entire manuscripts only to be disappointed in the end. She softens as she explains how, by the time she reaches the final quarter of the story, she longs for the work to succeed. If it fails, disappointment stings all the more.

Of these three elements, writers are equally divided between those who begin a project by concentrating on the Dramatic Action and those who begin with Character Emotional Development.

Some writers excel at pithy banter. Others create dramatic action. The writers I most admire are the ones who in their own natural style convey a character's emotional personality in scene through active, non-verbal communication with just the right frequency and intensity.

I have written extensively about how moviegoers and readers identify with stories through the characte... (read more)

Writing a first draft all the way through to the end gives you knowledge about the climax of the story. The climax is the point of highest drama in your story, the crowning moment when the thematic significance or deeper meaning becomes clear to the reader. Just as it looks as if all is permanently lost for the protagonist, at the climax she delivers the gift. The cl... (read more)