Working both together and individually, writer-producer-directors Marc Scott Zicree and Elaine Zicree have sold over 100 teleplays, screenplays and pilots to every major studio and network, including landmark stories for such shows as STAR TREK– THE NEXT GENERATION, DEEP SPACE NINE, THE NEW TWILIGHT ZONE, BABYLON 5, BEAUTY AND THE BEAST, FOREVER KNIGHT, SLIDERS, LIBERTY’S KIDS, SUPERFRIENDS, HE-MAN, REAL GHOSTBUSTERS and SMURFS. Their work has been nominated for the American Book Award, Humanitas Prize, Diane Thomas Award, and Hugo and Nebula Awards, and they’ve won the TV Guide Award, prestigious Hamptons Prize and 2011 Rondo and Saturn Awards. Fans of their work include Steve Spielberg, J.J. Abrams, Ray Bradbury, Damon Lindelof, Frank Darabont, Joss Whedon and millions of fans around the world.

In addition, Marc’s book THE TWILIGHT ZONE COMPANION is credited with creating the modern genre of books on TV series, inspiring a generation of series creators and filmmakers, and was named one of “ten science fiction books for the ages” by the New York Times.

The Zicrees have lectured at many colleges, professional conferences and museums in America, Europe and Asia, including USC, UCLA, Stanford and Ithaca. As the Supermentors they have taught thousands of writers, directors, actors and producers, guiding them to successful careers in film, TV and books. Such magazines as WRITTEN BY, SCRIPT and CREATIVE SCREENWRITING have glowingly reported on their classes, and the Writers Store named their DVD on How To Sell a TV Series one of “ten essentials for a screenwriting career.” Beyond this, the Zicrees founded and for the last nineteen years have run The Table, which has provided resources and a supportive community to thousands of Industry professionals both in Hollywood and around the world.

WHAT PAST STUDENTS HAVE SAID ABOUT MARC AND ELAINE ZICREE’S CLASSES:

“I took the Supermentors course earlier this year - WOW. I STRONGLY urge you sign up immediately. It WILL change your life.” Marco Berrios, actor-writer

"Marc and Elaine have big hearts and excellent ideas about navigating the business. I felt affirmed, guided and challenged (in a good way). They really know their stuff." Steve Harper, writer, COVERT AFFAIRS

"Marc and Elaine's Supermentors Intensive is a terrific inspiration and really gets you moving. Since finishing their class, I've sold screenplays to Brad Pitt and the producer of MILK and AMERICAN BEAUTY – with the director of MONEYBALL attached!" John Lindauer, Emmy-winning writer

"Working with Marc and Elaine has changed my life -- I just booked a terrific feature, became a produced playwright – AND tripled my income!" Barbara Bragg, writer-actress

“Since taking their class I received a first look deal with DreamWorks. Marc and Elaine are worth every penny and more!” Ariella Kapelner, producer

"Marc and Elaine Zicree's Supermentors class is a great way to start a career, build a career or reinvent one. I can't recommend it too highly." Mark Fergus, writer, IRON MAN, COWBOYS & ALIENS

"This turnaround in my career is 99.9 percent Marc and Elaine!" Brett Stimely, actor-writer-producer

“I am proud to announce that I will be producing and directing my first narrative feature film this August! Thanks again for everything!” Sinohui Hinojosa, producer-director

“Take this class! I was stalled in my writing. Now I have a published thriller available in twelve countries and a sequel coming out! They can do it for you -- they did it for me!” Susan Arnout Smith, writer

“Today I am picture locked on my first feature film as a director. Marc and Elaine are the magic dust that helps make dreams come true!” Alethea Root, director

"Since studying with the Zicrees I have booked the lead in a feature film and secured a great manager. I highly recommend taking their classes!" Katherine McEwan, actress

“I went from P.A. to Producer, thanks to this class!” James Moorer, writer-producer

“Marc Zicree is a tsunami of enthusiasm who just sweeps you up and carries you away.” George Takei

"With techniques taught by the Zicrees, I produced four documentaries in three years and am now an independent feature film. They have launched, supported and salvaged thousands of careers . . . including mine." Nancy Fulton, producer

“If you want to sell a script, direct a film, produce a television show or make it as an actor, run, do not walk to sign up for the Supermentors class." Cliff Galbraith 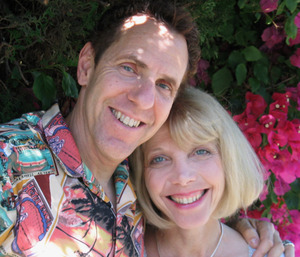 Products by Marc and Elaine Zicree