Dr. Linda Seger created and defined the job of script consultant when she began her business in 1981, based on a method for analyzing scripts she developed for her dissertation project. Since then, she has consulted on over 2000 scripts, including over 40 produced feature films and about 35 produced television projects. Her clients have included TriStar Pictures, Ray Bradbury, William Kelley, Linda Lavin, Suzanne de Passe, Tony Bill, as well as production companies and writers from six continents.

Dr. Seger is an internationally known speaker in the area of screenwriting, having taught and lectured in over 30 countries on 6 continents. She presented the first professional screenwriting seminar in both Moscow and Bulgaria, and has trained script consultants and script editors in Germany, New Zealand, Scandinavia, Austria, and Italy. She has given seminars for studios, networks, production companies, television series, and film commissions. 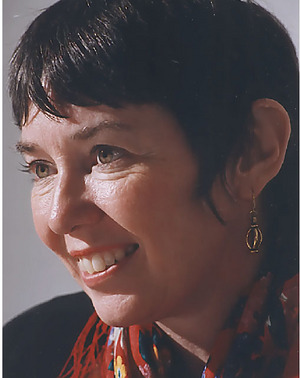 Push Boundaries and Make No Excuses

As a script consultant, Dr. Linda Seger has worked with more than 2000 scripts, from 'The Neverending Story II' to 'Midnight in the Garden of Good and Evil.' Linda has also extensively studied the creative process, working with writers to jump-start their brains and emotions. Her most recent book 'Making a Good Writer Great' (available at The Writers Store along with Linda's pr... (read more)

Exercises to Nurture the Creative Process

Linda Seger is a popular consultant and lecturer who travels throughout the world speaking to new and established filmmakers on creative ways to make a screenplay great. In this segment of an in-depth interview she gave to Writers Store staffers, Seger discusses the creative process, what it means to her and exercises for writers to use to expand their own creativity.

What's happening with screenwriters around the world? How are they being trained? What are they writing about? What are their concerns?

In 1988, I began giving seminars abroad, first in Australia and New Zealand, then Rome and England and Moscow and Spain, and, since then, in 18 countries, including such fascinating places as Egypt and Bulgaria. Since about 1990, I bega... (read more)

Ideas for Breaking through Writer's Block

'What happens with a lot of people is that they stay within their safety zone, always doing things where they're safe and secure. So I say go and do something where you don't feel safe or secure and see how you feel. See what you learn. So if you've never been to a Country & Western bar, g... (read more)

What are the Rules of Adaptation?

Question from Gloria in KS: I would be interested in reading about the process of taking a book that is not your own through the screenwriting process and into a movie format. I understand how to get it into a workable and enjoyable screenplay format -- that's the easy part. What do I need to do beyond that? If it is an older book, do I still need to get 'permission?' Who has to '... (read more)

And the Best Screenplay Goes To: An Excerpt from Dr. Linda Seger's New Book