Kathy Berardi is a filmmaking instructor and writer-producer who graduated from the UCLA School of Theater, Film & Television’s MFA in Screenwriting program. In addition to penning eight feature-length screenplays and a drama television pilot, Berardi has also written and produced several award-winning short films with budgets ranging from less than $2,000 to hundreds of thousands of dollars with the support of well-known industry sponsors such as the Director’s Guild of America (DGA), Kodak, Technicolor and Panavision. Berardi has one screenplay optioned and was a finalist for the 2007 NAACP & NBC Screenwriting Fellowship and awarded the 2008 Young and the Restless Fellowship in Television.

A short film she co-wrote with UCLA MFA director Walter Richardson and produced entitled Forgive Us Our Transgressions was awarded the Silver World Medal at the 2010 New York Festivals International Television & Film Awards. The short film, a thesis project for Richardson and Berardi as part of the UCLA MFA program, was also sponsored by Panavision, Kodak and Technicolor and received generous financial support from the DGA when it was awarded the distinguished Frankenheimer Fellowship. Berardi and Richardson also partnered on a 2011 documentary production featuring retired world champion boxer Terry Norris and his mission to protect the long-term health and lives of boxers that was highlighted in The Ring Magazine. Berardi produced writer-director Jenna Milly’s debut short film, A Peacock-Feathered Blue, which screened first at the Atlanta Film Festival in 2009 and went on to become a featured selection at Austin Film Festival, The Baltimore Women's Film Festival, London Short Film Festival, LA Shorts Fest, DC Shorts Fest and Branchage International Film Festival in England. Berardi’s short film credits also include penning the script for the short film Stew, starring Lourdes Benedicto (ABC dramas V and The Nine, Fox’s 24).

In addition to filmmaking for the entertainment industry, Berardi is the founder of Red Clip Video, a video marketing and production firm that specializes in helping businesses of all sizes create affordable videos to attract, inform and engage customers. Her corporate video portfolio includes productions involving local Atlanta organizations such as Georgia-Pacific, Emory Healthcare and The Weather Channel, as well as manufacturers, B2B-focused technology & service providers, ecommerce brands and small businesses. 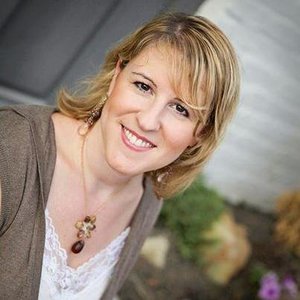