Karl Iglesias is a screenwriter and sought-after script doctor and consultant, specializing in the reader's emotional response to the written page. He is the best-selling author of Writing For Emotional Impact and The 101 Habits of Highly Successful Screenwriters. He teaches at UCLA Extension’s Writers' Program, where he’s just won the Outstanding Instructor Award for 2010, the Screenwriting Expo and online at Writers University. He also writes a regular column on the craft for Creative Screenwriting magazine. 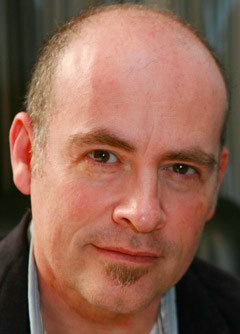 Did you know that million-dollar, A-list scribe RON BASS works an average of 14 hours a day, seven days a week? Or that ERIC ROTH likes to wake up in t... (read more)

My Work has International Appeal! What now?

Question from Nancy in ND: What is the foreign market like for screenwriters? How does a screenwriter approach foreign directors and production companies? Is there a book that talks about the overseas film industry?

I'm a business writer who publishes articles in foreign magazines and I'm working on a couple of screenplays that I think may be of interest to film ex... (read more)

Ten years ago, I wrote a little book called The 101 Habits of Highly Successful Screenwriters and it literally changed my life. When I set out to write it, I just wanted to learn from successful writers. I wanted to pick their brains... (read more)