John Truby is Hollywood’s premiere story consultant and founder of Truby’s Writers Studio. He has worked as a story consultant and script doctor for Disney Studios, Sony Pictures, FOX, and HBO, among others, and has taught his 22-Step Great Screenwriting and Genre classes to over 40,000 students worldwide. 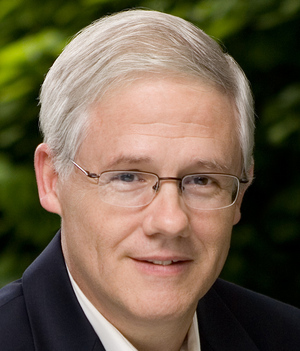 Everyone loves a love story. But this apparently simple tale may be the most d... (read more)

The Thriller is one of Hollywood's most popular forms because it combines the criminality and surprise of the detective form with the danger and pressure of horror.

A good thriller puts the hero in danger early and never lets up. While the thriller usually involves a main character trying to find a murderer, it has very different story beats than the detective genre. Each beat is geared toward... (read more)

Don't be fooled by the notion that no one knows anything. Buyers may not know if a particular script will make over $100 million, but they have a pretty good idea of certain major story characteristics found in most blockbuster scripts.

The top professional screenwriters -- the ones who get all the jobs -- know what they are, too.

While the vast majority of scree... (read more)

Secrets of Blockbuster Movies - Part I

Hollywood is interested in one thing: a script with blockbuster potential. Why? Because the revenue from films is now global. The typical hit film makes more money from foreign revenue than it does from the U.S. Couple that with the exorbitant cost of making and selling a film and you've got an entertainment community that won't even look at a script unless it has blockbuster ... (read more)

In past articles, we've talked about the story elements found in most blockbuster films. But what about the obstacles that prevent us from writing a hit film? I'm referring to the misconceptions many writers carry with them that make it almost impossible for them to write a successful script.

One especially egregious myth that kills writers is the idea that th... (read more)

I've spoken before in this column about the fact that 95% of writers fail in the premise. You may come up with a terrific one-line idea for a movie, but if you don't develop it the right way, the best scene writing in the world won't make a difference.

The single most important decision you must make when developing your premise is: what genre should I use? Genre is a particular type of stor... (read more)

Writing for Hollywood requires more than a good premise and strong storytelling ability. You also have to write what Hollywood wants to sell.

In today's entertainment business, that means a script with blockbuster capability. If the buyers don't think your script will appeal to a massive worldwide audience, the... (read more)

I'm sitting here struggling with how to write a critique of this highly praised yet flawed screenplay. Besides my feeling of it not being good enough - in spite of being highly successful in Hollywood - what I really want to do right now is have a muffin, and I might as well have coffee too, although it might be better to exercise first.

Kaufman - the writer not the character ... (read more)

Breakdown: an analysis of story techniques and structure as viewed through the eyes of the Seven Steps and 22 Building Blocks contained in Truby's Blockbuster story development software.

The script for this film, written by the lead actress, is very funny, even though it cov... (read more)

Gangs of New York may be the most ambitious film of the last few years. Its production design and cinematography are among the best I have ever seen. Unfortunately, its story structure cannot support the film's ambition.

The main structural element that sets this movie apart from others is context. Most Hollywood fare shows nothing of the world of the hero. It ... (read more)

We know J.D. Salinger's views on movies and writing for Hollywood by reading the second page of The Catcher in the Rye. Speaking of his brother, D.B., the hero, Holden Caulfield, says "Now he's out in Hollywood, D.B., being a prostitute. If there's one thing I hate, it's the movies. Don't even mention them to me."

Where did this come from?

Most people don't know that one o... (read more)

Truby on Structure: About Schmidt

About Schmidt does something that is rare in movies, especially from Hollywood. It depicts a lone man. That is both a blessing and a curse.

There is a very good reason films don't usually depict a lone man. Film is drama. It is public. We need someone for the main character to talk to. Otherwise the audience doesn't know what the film is about.

Why Story Structure is the Key to Success

Warning: If you haven't seen these movies, the following article contains spoilers which may impair your viewing pleasure.

Mystic River is a classic example of what is referred to as an "actor's movie." Big monologues, gnashing of teeth, tearing of scenery. Being an a... (read more)

Warning: If you haven't seen Cold Mountain, this article contains spoilers which may impair your viewing pleasure.

The myth-drama is one of the most powerful story combinations that we have. Myth gives us the hero's journey and the epic scope. Drama gives us the family and the deep, complex issue. When the love story is added, we have the potential... (read more)

The Great Gatsby is a true Great American novel. What is even more amazing is that F. Scott Fitzgerald did it in little more than a short story.

How did he do it? Essentially, he wrote a Great American Story. Fitzgerald was able to create what may be the fundamental story structure of 20th Century America and weave together a number of characters that each express a... (read more)

Writing is a craft, and undoubtedly it's the most complicated craft in the world. That's why I put so much emphasis on specific, practical techniques. Big esoteric words and inspirational slogans may sound good, but they don't get the story on the page.

Blockbusters Are Story
Summer is the time for big blockbuster movies. What most people don't realize is th... (read more)

With a good Action script you can write your own ticket. But Action is the most deceptively challenging genre in Hollywood. What may seem simple and straightforward on the movie screen actually requires careful planning and extremely creative solutions from the screenwriter.

Have you ever noticed whom the actors thank when they win an Oscar? They profusely thank the director for "getting the performance out of them." They thank their agent, their husbands, wives, extended family and distant ancestors, the crew, the studio, the associate producer, and of course, their 8th grade drama teacher. In short, everyone but the writer.

On those rare occasions when they... (read more)

The run-up to Oscar season has produced a surprising development in the ecology of ideas that underlies our popular culture. Hollywood storytelling has long been dominated by a high-speed linear form that packs as many thrills into two hours as possible. The time span of the story is short. The impact on the audience is emotional. And the change in the hero is almost always psychological. When ... (read more)

How to Sell a Screenplay with These 10, Must-Use Story Techniques

The key question that all screenwriters should ask themselv... (read more)

Whether a screenplay deserves an Oscar nomination depends on how it reads on the page and plays on the screen. But if you want to learn how Hollywood’s best screenwriters got that way, you have to begin by determining the challenges they faced at the outset of their tasks. Then you can identify, and learn, the techniques they used to meet the challenges.

John Truby is Hollywood's premier screenwriting instructor and story consultant. Over the last 25 years, more than 30,000 writers have attended his sold-out seminars around the world, with the American Film Institute declaring that Truby's "course allows a writer to succeed in the fiercely competitive climate of Hollywood."

5 Keys to Writing a Summer Blockbuster

It used to be that summer was the season for blockbuster movies. Now it’s a year-round phenomenon. Hollywood is in the business of selling films to a worldwide audience, which means they are always looking for a script with blockbuster potential.

Most screenwriters think a blockbuster is simply a film that does really well at the box office. Technically speaking, that... (read more)

Question: What’s the best advice you can give writers to help them develop their own unique voice and style?

Spoiler Alert: DO NOT READ this breakdown if you haven’t seen the film. It is impossible to say anything useful about the writing without discussing the critical plot twists.

With the tidal wave of superhero movies coming out of Hollywood, I get very excited when a serious crime story like... (read more)

Great Movies and Why They Work

You don't need to go to film school to recognize the key elements of great movies. These same elements are present time and time again in the great movies, and they are worth highlighting: