James Bonnet is an internationally known writer and story consultant. Elected twice to the Board of Directors of the Writers Guild of America, he has written or acted in more than forty television shows and features. He created the role of James Roosevelt in the Tony Award winning hit Broadway show, Sunrise at Campobello, and received his first professional writing job at 23. Recently he was honored with a Writer’s Guild of America award for his writing contribution to the hit television series, Barney Miller. His book has been taught in university courses around the world and is having a major impact on writers in all media. 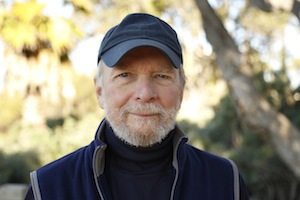 Have you ever wondered why characters like Sherlock Holmes, King Arthur, Achilles, Scrooge, Dorothy and Superman go on forever? The real secret of their immortality lies in something you've probably never equated with the creation of a great character or a great story -- the quintessential. But if you fathom the secrets of this remarkable quality, you can use it to make you... (read more)

In Hollywood and New York, the concept is king. To succeed as a writer or filmmaker, you need more than a skillfully constructed novel or beautifully directed film. You need an idea that will be talked about, generates excitement and compels the right people to get involved. A great idea, as it turns out, has an anatomy and a structure and that which makes a subject fascinating, a titl... (read more)

The Essence of Story

What is the essence, or heart and soul, of a great story? There are seven critical elements: the change of fortune, the problem of the story, the complications, crisis, climax and resolution of the classical structure, and the threat, which is by far the most important. In this article, we will examine the threat and its relationship to the other six critical elements that constitute the very... (read more)

The Journey of the Antihero in Film: Exploring the Dark Side

You have, no doubt, heard of The Hero's Journey. In this article, we will explore the lesser-known ANTI-hero's journey and the u... (read more)

Giving The Audience A Great Ride: How to Create Passion, Suspense, and Other Entertainment Dimensions

The entertainment dimensions are the pleasant sensations the audience feels when they experience your story. The most important of these feelings are those associated with the actions of the genre structures. When you isolate the plots and subplots of your story, you isolate actions that are directly linked to speci... (read more)

Unlocking The Power of Story Within You

What is the source of our creativity? How can we communicate with that source and use it to unlock the natural storyteller that resides in us all?

Carl Jung called the source of our creativity the collective unconscious. Joseph Campbell, in his book 'Hero With a Thousand Faces,' called it the world naval. Religions call it God or the Holy Spirit. George Lucas called ... (read more)

How The Great Story Does Its Work

The purpose of story, as I see it, is to guide us to our full potential and the nature of story is to conceal that purpose in an enticing sugar coat (the entertainment dimensions) that lures us into the experience. But if the purpose is concealed, then how does it do its work?

The great story -- by which I mean the great myths, legends, fairy tales, classics, critical and ... (read more)

What is the true source of unity in a great story and how is that unity achieved? According to the dictionary, unity is the state of being one. And today it is generally agreed that a story should be about one thing - but what is that one thing? Is it the subject, the theme, the central character, the problem, the controlling idea? Or all of the above? And is there really onl... (read more)

In Part I of this series (read Part I here), I began an examination of the true source of unity in a great story and how that unity can be achieved. I introduced you to four of the elements that can influence that unity and add significantly to the clarity, meaning and power of your work. The unifyin... (read more)

In the first two parts of this series I began an examination of the true source of unity in a great story and how that unity can ... (read more)

The Real Key to a Writer's Success

We all know how incredibly hard it is to get a screenplay produced. We have all heard talk about all the great scripts out there that never got made. And that might be true. But why is it true? If you have a professionally crafted screenplay, one with obvious commercial potential, which has never been produced, the real problem might be that someone got discouraged and dropped th... (read more)

The three act structure is not a story structure. You can't find it in myths and legends or other great stories of the... (read more)

Writing Screenplays vs. Novels: A Tough Love Guide for Writers

This article can be appreciated by all writers and filmmakers but will be o... (read more)

How the Great Myths and Legends Were Created

The great myths and legends were not authored by individuals the way stories are today but were evolved naturally and instinctively by unconscious... (read more)

The Secret Language of Great Stories

Visual metaphors are the secret language of great stories. In this article, I will discuss what they are and the source of their power.

Great stories and dreams are among the more important visual metaphors. They are symbolic languages. And their expression in great stories is intimately linked to the source of our creativity.

When we work with creative processes... (read more)

The Metaphor is King

All great stories have the same structure (see my articles on The Essence of Story and Beyond Theme: Story's New Unified Field) which, for the purpose of this article and in its simplest form, can be summarized as follows: A threat, eithe... (read more)

The Tragedy, Mystery and Romance of Genre

In my previous articles, The Essence of Story, Beyond Theme: Story's New Unified Field, and The Metaphor is King, I pointed out that all gr... (read more)

In my previous articles - The Essence of Story, Beyond Theme: Story's New Unified Field, The Metaphor Is King, and The Tragedy, Mystery, and Romance of Genre, I pointed out that all great stories have the same underlying, universal structure - namely, there is a threat, either agent or perpetrator, that creates a problem that brings about a... (read more)

The Coming Age of Story

The interest in story is greater now than it has ever been, and - putting aside for a moment the movie business, television, book publishing, other major producers of story and their consumers - that interest now extends to every facet of our society.

Heavily funded, major research projects now exist throughout government, the sciences, and the corporate world. And everywhere that i... (read more)

In this article, I will introduce you to a new phenomenon called the Storywheel, which brings all the different types of story together into one grand design.

To help picture the Storywheel, visualize a wheel with eight spokes. Then, starting at the bottom section on the right side and moving counter-clockwise, number the eight separate pie-shaped sections in between the spokes from one thro... (read more)

Hidden Structures in Great Stories and Their Enormous Power

When I speak of a great story, I mean stories or films that are critically acclaimed and generally acknowledged to be classics. I also mean bestsellers, box office successes, and stories that have lived for hundreds or even thousands of years. So I'm talking about stories like The Iliad and The Odyssey, The Lord of the Rings an... (read more)