During his 50-year career as a comedy writer, Gene Perret has written for some of the greatest comedians and television shows in history. Perret started writing stand-up material in the early 1960s, working for greats like Phyllis Diller and Slappy Writer. Perret joined Bob Hope’s writing staff in 1969 and was Hope’s head writer for the last 12 years of Hope’s career.

Perret started working in television in 1968 on “The Beautiful Phyllis Diller Show.” He was head writer and producer for “Welcome Back, Kotter” and “Three’s Company”; he was a staff writer for “The Jim Nabors Show,” “Laugh-In,” “The New Bill Cosby Show,” “The Helen Reddy Show,” “The Carol Burnett Show,” and “Mama’s Family”; and he has written episodes of many classic TV hits, including “All in the Family,” “What’s Happening!!,” “Gimme a Break” and “Love, American Style.”

Perret has also helped start the careers of many television comedy writers through his books, conferences, and classes. He is the other of over 40 books, including the classic guide to comedy writing, “The New Comedy Writing Step-by-Step” and his latest book, “The Ten Commandments of Comedy.” 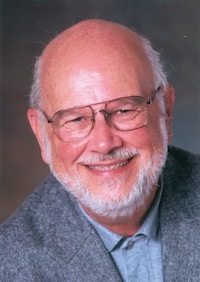 In a previous column, I noted that the magic bullet for writing success is to Be Good At What You Do. If you want to be a writer, learn to write. That earlier article practically guaranteed that if you became a good writer and continued to become a better writer that the profession could not ignore you.

The question you might be asking, then, is 'How do I become a good wr... (read more)

Archangel Shecky makes an arrogant pronouncement that he can teach infallible, irrefutable, unassailable, one-size-fits-all formula for success. "Who is this blowhard who makes such an astounding claim?" you ask. I'm glad you did. He's the lead character in my most recent book, and instructional novel called Breakfasts with Archangel Shecky.

Writing to a Quota

Whenever I do interviews or seminars concerning my book, The New Comedy Writing Step by Step, interviewers and writers invariably ask "What's the first thing a person should do if he or she wants to become a comedy writer?" My response is a two-parter and although it's aimed primarily at comedy writing, it applies equally as well to all writing.

It might seem that the first part... (read more)