Ellen Sandler was nominated for an Emmy as a Co-Executive Producer of Everybody Loves Raymond. She has created over 20 pilots for ABC, CBS, NBC, Fox Family, Oxygen and the Disney Channel and has consulted internationally on pilots for the ABC Australia; the CBC Canada; Media Marketing, Dubai; and MediaCorp, Singapore. A writer/producer on more than a dozen prime time TV shows, she is the author of The TV Writer’s Workbook (Bantam/Dell).

Ellen is also a playwright and director. Her most recent theatrical project was her adaptation of N.Y. Times food writer Mimi Sheraton’s book, The Bialy Eaters, which starred Tony winner, Tovah Feldshuh. Her play Jewish Roots was produced at the Hudson Theatre in Los Angeles and later performed as a fund raiser for the WGA starring Fran Drescher. How’d It Go? two interelated comedies which she co-wrote and directed, starred Megan Mullally at the HBO/Warner Bros. Workspace and were subsequently developed as a pilot for the Oxygen Network.

Both a teacher and a consultant, Ellen provides script development and career coaching for professionals and emerging writers in the entertainment industry, as well as writing workshops and seminars at conferences and universities both in the US and abroad. She teaches Comedy Writing for the UCLA Extension Writer’s Program, and Television Writing for Playwrights at The Herbert Berghof Playwrights Foundation in New York. She has been a guest lecturer at many colleges and universities, including NYU, Marymount Manhattan College, The New School, and USC. She is a judge for American Comedy Awards which airs on MTV.

Ellen is a member of the Writers Guild of America and The Dramatists Guild. She holds a BS from Syracuse University, and an MFA from The American Film Institute. 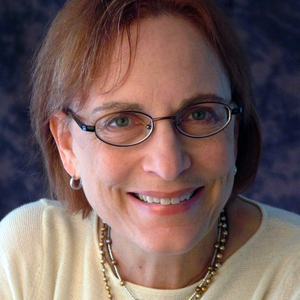 The Top 10 Reasons to Write a Spec Pilot

Whether you're an established film/ TV writer or an aspiring one, you've heard it -... (read more)

The Writer as God

Sick of being controlled by other people’s plans? Frustrated by rules nobody asked you about? How would you like to play God and create a world according to you? Well, you can – write a pilot! Because that’s what a pilot for an original series is: A whole new world. And you get to create it – in your own image.

God being God, it took Him/Her a week (depends how you choose to... (read more)

KATHIE FONG YONEDA: Everybody knows that getting hired in this business is about who you know. So, Ellen, you’ve been hired to write on over twenty shows, how do you get to know people and even more important, how do people get to know you? What is your advice on networking?

Aspiring comedy writers spend years grinding away as P.A.s, pounding out spec script after spec script and dreaming of TV’s holy grail: a staff writing job. Then finally, they get the job! On staff of a prime time TV show. And something happens. They do the craziest, boneheaded things. One can only wonder… What are they thinking? Do they want to get fired? Is it too much pressur... (read more)