D.B. Gilles teaches screenwriting and comedy writing at New York University’s Tisch School of the Arts. He is the author of The Screenwriter Within and The Portable Film School. He is co-author of the George Bush parody W. The First Hundred Days. A White House Journal. He also wrote the play, Sparkling Object.

D.B. is a script consultant and writing coach. Many of his students have gotten deals, sold scripts, had their work published and their TV scripts, sketches and screenplays produced. 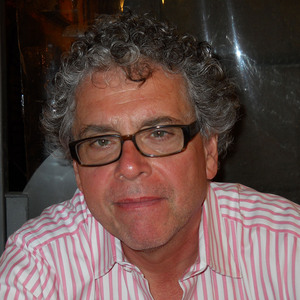 How Old is Too Old to Be a Screenwriter?

Raymond Chandler wrote his first screenplay at 56. He didn't even publish his first novel until he was 51. For the record, he wrote the original screenplays for 'Double Indemnity' and 'Strangers On A Train.'

In 1939, after F. Scott Fitzgerald's career as a novelist had faltered, he needed money fast. He went to Hollywood and found work as a screenwriter. He was 43 ye... (read more)

Clint and Meryl vs Matt and Cameron

You wake up one morning with a great idea for a movie about a guy in his late sixties-to-early-seventies.

The concept pours out of you like a dream. You go to your computer. Before lunch you've done a rough outline of the first act. By dinner you've mapped out Act Two. By the time you go to bed you've got a decent third act, even though you're not exactly sure how it's g... (read more)

Of Sorcerers, Apprentices and Screenwriters

2004: On the TV show The Apprentice 16 young entrepreneurial types compete to be the apprentice to Donald Trump. It's a truly coveted position because it means learning from a master. For those who don't succeed, their fate is summed up in two words at the end of the show. "You're fired!"

-- About The Screenwriter Who Decided To Write A Comedy?

It might have happened when you were in second grade, a freshman in high school, senior year in college or when... (read more)

I know over five hundred screenwriters - maybe more - ranging in age from 18 to 76, at all levels, from those just starting out to a bunch that've gotten deals, sold scripts and had movies made. They include friends, former students, colleagues, pen pals, clients and acquaintances. Some have good writing habits, some don't. Actually, most don't. Hell, I don't. But in fairness... (read more)

I know a lot of comedy writers.

Some are funnier than others both in daily life and on the page. More often than you’d imagine, the funniest scripts are written by men and women who aren’t that much fun to be around. They can “write” funny, but not “be” very funny during normal life. Some are downright boring while others are depressed and a drag to be around.

D.B. Gilles has taught comedy writing in The Maurice Kanbar Institute of Film & Television at New York University’s Tisch School of the Arts for nearly 20 years. He also taught comedy in The Dramatic Writing Department at NYU, the Graduate Film Department at Columbia, and The Comedy Institute in New York City. He’s a screenwriter, playwright, sc... (read more)

They Shoot Screenwriters, Don't They?

How many screenplays do you have to write before you throw in the towel and delete your screenwriting program from your computer? 17? 12? 3?

It depends on how seriously you take your screenwriting career--even if you don’t technically have a career, just a bunch of scripts that have: