D. W. Brown is the author of the acclaimed acting instructional book You Can Act: A Complete Guide for Actors, as well as the compilation 2500 Years of Wisdom. In addition to directing numerous theatri-cal productions, he wrote and directed the feature film On the Inside (starring Olivia Wilde and Nick Stahl), and the short films One Clean Move, Chloe, The Need for Flowers, and Wrapper. Mr. Brown has personally coached and trained such talent as Robin Wright, Leslie Mann, Olivia Wilde, Keanu Reeves, and Sam Raimi, and led seminars with Sean Penn, Sydney Pollack, Anthony Hopkins, Halle Berry, and Susan Sarandon. He is the head instructor of Los Angeles’s premier acting school, The Joanne Bar-on/D.W. Brown Studio (www.baronbrown.com), which has been honored by such speakers as Tom Cruise, Tom Hanks, Dustin Hoffman, Robert De Niro, and Pulitzer-winning dramatists John Patrick Shanley and David Mamet, as well as many other luminaries. He scuba dives, sculpts, his favorite in-door place is The Louvre, and his favorite outdoor place is Maui. 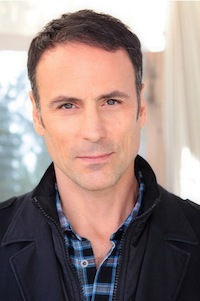