Former actress/director Christina Hamlett is an award winning writer, instructor and script consultant whose credits to date include 26 books, 133 plays, 5 optioned feature films, and hundreds of articles that appear in trade publications throughout the world. She is also a ghostwriter for The Penn Group in Manhattan. 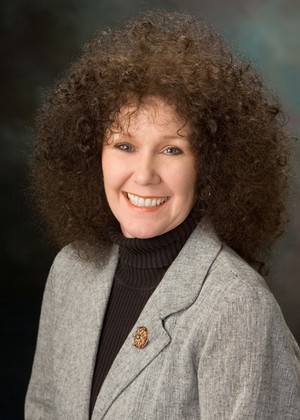 In a traveling shot, we see JOSEPH TAMBERLIN, a homeless man of 47, asleep between two garbage cans in a trash-littered and stinky alley. He has long, dirty blond hair streaked with grey and pulled back in a ponytail secured with a child's discarded scrunchy. His eyes are bluish-green and he has a large mole on the lef... (read more)

A Script by Any Other Name? The Sale is Just as Sweet

You've dotted all your "i's," you've crossed all your "t's," you've read every book on how to pitch your script in person, by mail, and online. Yet there it continues to sit.

Maybe the problem isn't that it's an unsalable story. Maybe it's that you're trying to force it into a venue that's just not the right ... (read more)

The arrival of Daylight Savings Time three weeks early this year heralds the approach of a long stretch of summer for you to finally get cracking on that screenplay you've always wanted to write.

There's only one obstacle: Where to find a fresh story to whet the appetite of prospective producers and appease moviegoers who are hungry for a plot they can really sink th... (read more)

Why Based on a True Story Movies Repeatedly Unravel

Based on a true story is one of those unfortunate catch-phrases that usually has the opposite effect in courting a producer's enthusiasm t... (read more)

Now is the accepted time to make your regular annual good resolutions. Next week you can begin paving hell with them as usual. - Mark Twain

Ah, January! A new year, a fresh slate, a virtual meadow of pristine winter white that stretches for miles in front of us. Where oh where do we put our first footprint or make that first goofy snow angel?

The Curse of Quirky Parentheticals

When I was a young aspiring writer, I had a strong aversion to the use of "said" in a story. My justification was that it was blah. It was uninspired. It was pedestrian. Why use "said," I rationalized, when there were so many other words in the English language that were way more expressive? Throughout high school composition classes, my characters squeaked, pontificated, reflec... (read more)

When I was in high school, there were three sets of twins – two fraternal and one identical. The latter - a pair of sisters a year ahead of me – were a particular object of fascination. What would it be like, I mused, to have a lookalike sib who excelled in the very subjects that weren’t my strong suit? Would our parents be so attuned to ... (read more)