Writer/Director-Producer Chris Soth has authored over 40 screenplays and is a frequent speaker on the topics of story structure and independent filmmaking, teaching screenwriters around the world how to write great screenplays AND pitch them for success. Chris is the writer of FIRESTORM, released by 20th Century Fox, and the independent hit OUTRAGE: BORN IN TERROR. He is currently developing a slate of independent films, the first of which, DON’T FALL ASLEEP, has just received distribution. His directorial debut, SAFEWORD is presently in post-production. He has taught at USC and UCLA, and currently guides screenwriters from concept to FADE OUT using the “Mini-Movie Method” through his mentorship program at YourScreenplayMentor.com. His ebook “Million-Dollar Screenwriting: The Mini-Movie Method” and DVD “SOLD! How I Set Up Three Pitches in Hollywood,” among other great screenwriting resources, are available at MillionDollarScreenwriting.com. 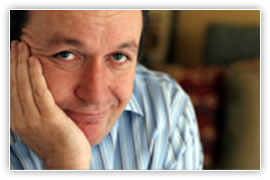 The Lost Language of Story

If you're like me, from your genesis as a screenwriter, from the very first screenwriting book you read, you were exposed to three-act structure - or from your first playwriting book, if you come from the theater. And if you're even more like me, you felt even then that something was lacking. And if you are me, you've always had a nagging feeling ... (read more)

This year I began a mentorship program through my website. After a few years of building up students who knew my methods and can speak my language, there's finally a tiny community of like-minded souls that believe in the way I learned to do things at USC and want to follow in my and my fellow graduates footsteps. Ever since I started a website, I've received the odd email from writers asking ... (read more)