Catherine Ann Jones has a Masters Degree in Depth Psychology and Archetypal Mythology from Pacifica Graduate Institute where she has also taught as well as University of Southern California, & The New School University.

Earlier she played major roles in over fifty productions both in and out of New York City, as well as on television and film. Disappointed by the lack of good roles for women, she wrote a play about Virginia Woolf (On the Edge) which won a National Endowment for the Arts Award. Ten of her plays, including Calamity Jane (both play and musical) and The Women of Cedar Creek, have won several awards.

Her films include The Christmas Wife (Jason Robards & Julie Harris), Unlikely Angel (Dolly Parton), Angel Passing (Hume Cronyn & Teresa Wright) which played at Sundance and went on to garner fifteen awards here and abroad, and the popular TV series, Touched by an Angel.

A Fulbright Scholar to India studying shamanism, she has taught at The New School University, University of Southern California, and both the Esalen and the Omega Institute. Her memoir/book on writing, The Way of Story, is now required in several writing programs as New York University.

Ms. Jones lives in Ojai, California, leads The Way of Story & Heal Yourself with Writing workshops throughout the United States, Europe, and Asia. 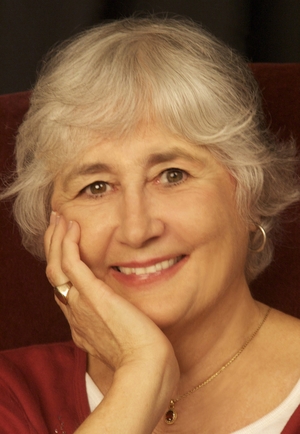 The Way of Story

We are taught many things in school, but all too often, this is linear learning, textbook learning. I can remember sitting in classrooms as a child staring aimlessly out of the window at passing clouds. The teacher's verdict was I was wasting my time, yet who is to say that daydreaming is less valuable than memorizing a list of facts? Thomas Edison was a daydreamer. He pondered, "What if there co... (read more)

Can Movies Make a Difference?

In 1994, Quentin Taratino wrote a fictional story about Mickey & Mallory Knox, a honeymoon couple who, as a perverse aphrodisiac, randomly shot and killed over 50 people. Oliver Stone directed the film and the week it opened, a real young couple in the Midwest went on a rampage killing 4-5 strangers. When apprehended by the police and asked their names, they replied that their nam... (read more)