Barri Evins created Big Ideas to give aspiring screenwriters what it takes to break into the business, providing pro techniques and powerful tools to achieve their dreams through weekend intensives, consultations, and mentorship.

A working producer and screenwriting consultant, Barri began her career as a development executive for writer-producers Ray Gideon and Bruce Evans, who wrote STAND BY ME, STARMAN, and MR. BROOKS. She went on to become President of Debra Hill’s company, the producer of THE FISHER KING and the HALLOWEEN franchise. As a producer and an executive, Barri has sold pitches and specs to Warner Bros., Universal, Disney, Fox, Nickelodeon, New Line, and HBO.

Barri began her teaching career at the UCLA Graduate Producers Program and AFI. She has taught at studios including Pixar, DreamWorks Animation, and Blizzard Entertainment. A sought after Script Consultant, Pitch Doctor, and an expert on capturing the power of storytelling, she has spoken at conferences including Great American PitchFest, Screenwriters Expo, Screenwriters World, and WyrdCon. She contributed a chapter to the book NOW WRITE: SCREENWRITING. A Big Ideas book is in the works.

You can follow her on Facebook or Twitter or join her newsletter here. Find out about consultations, from queries to scripts, and her weekend intensive seminars at bigBIGideas.com. 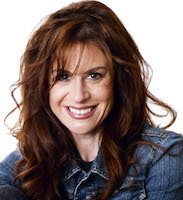