Ann Baldwin is a screenwriter (The Power of Dreams, Scent of a Trail, Dream Catcher) with several spec scripts in development. She reviews books on screenwriting and filmmaking, writes articles and poetry, and has several books (fiction & non-fiction) in-progress. Prior to launching her writing career, she was a special event coordinator and manager in the hospitality and entertainment industries for over 25 years.

The San Francisco Bay Area is her home, where she was born and raised. You can visit her website http://www.annbaldwin.net and her blog page http://ahigherfrequency.blogspot.com 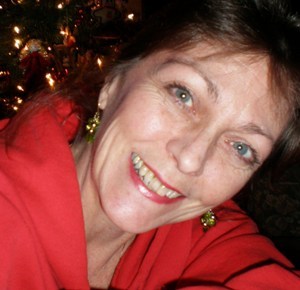 Pen Densham is an accomplished and award-winning writer-director-producer-author and a principal of Trilogy Entertainment Group. He’s spent his lifetime in the business of entertainment, selling films and television series, as well as hiring, mentoring, and collaborating with A-list writers along the way. Pen created the story for the revisioni... (read more)

Jennifer Grisanti is a highly respected author, script consultant, public speaker, and writing instructor. She started her career as an assistant to Aaron Spelling. She climbed the ranks and eventually ran Current Programs at Spelling Television Inc., covering all of Spelling’s shows including Beverly Hills, 90210; Melrose Place; and Charmed. ... (read more)

Christopher Vogler is one of Hollywood’s premier story consultants for major film companies such as Disney and 20th Century Fox, a respected teacher of filmmakers and writers around the globe, a popular speaker on screenwriting, movies, and myth, and the author of The Writers Jour... (read more)

Pilar Alessandra is the director of the Los Angeles-based writing program On The Page and a highly sought-after speaker and script consultant. She’s worked as Senior Story Analyst for DreamWorks and Radar Pictures, trained writers at ABC/Disney and MTV/Nickelodeon and presented classes at The Great American Pitchfest. Her students and clie... (read more)

Kathie Fong Yoneda has over thirty years of successful experience working in film and television. She has held executive positions at Disney, Touchstone, Disney TV Animation, Paramount Pictures Television and Island Pictures, specializing in development and story analysis of both live-action and animation projects. She also was a co-exec pro... (read more)

D.B. Gilles has taught comedy writing in The Maurice Kanbar Institute of Film & Television at New York University’s Tisch School of the Arts for nearly 20 years. He also taught comedy in The Dramatic Writing Department at NYU, the Graduate Film Department at Columbia, and The Comedy Institute in New York City. He’s a screenwriter, playwright, sc... (read more)

Michael Wiese is a producer, director, author, and publisher. After producing the highly popular “Hardware Wars” (a Star Wars parody), Michael was an entertainment executive with Showtime and later Vice President of Vestron Video where he launched a comedy line with Robin Williams, Whoopi Goldberg, Billy Crystal, and over 300 other videos. He was... (read more)